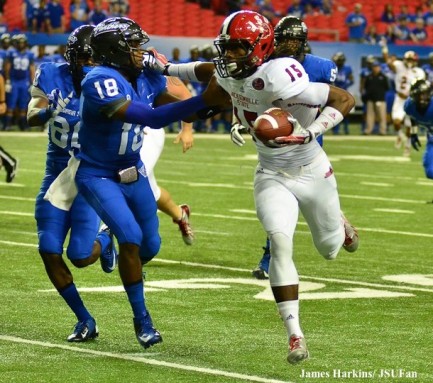 JACKSONVILLE — While most prospects were anxiously waiting to learn if they would be selected in the final round of the NFL Draft, safety Pierre Warren already knew where he would wind up.

He agreed to sign with the New Orleans Saints as an undrafted free agent during the final round of this year’s draft.

“(The Saints) called before the draft was over and asked, if I don’t get drafted, if I wanted to sign a free agent deal with them,” Warren said. “It seemed like the best deal so I took it.”

Warren declared for the draft after his junior season at Jacksonville State. He earned the reputation as a hard-hitting ballhawk as he finished as the Gamecocks’ second leading tackler with 76 and led JSU with five interceptions and three fumble recoveries.

Even so, those statistics weren’t enough for an NFL team to draft him. But even in hindsight, Warren still feels he made the right decision.

“I miss my old teammates,” he said, “but I left to get a chance to play in the league and that’s what I got. I still feel I made the right choice.”

As Warren says farewell to his old teammates at JSU, he is preparing to be greeted by another former Gamecock.  Defensive back A.J. Davis signed an undrafted free agent deal with the Saints in 2012. The two played together in the Gamecock’s secondary in 2011. Davis called their reunion “a blessing.” 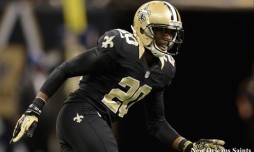 “I found out about it when I got on Twitter,” Davis said. “I saw a lot of retweets and stuff. I was in my apartment when he told me. I was really excited when I heard he was coming down here. He’s somebody I’m actually familiar with, somebody I played with and actually hung out with in in college. I guarantee you we’ll be doing the same here.”

Walking into an NFL locker room as an undrafted free agent can be intimidating. Warren is walking into an almost perfect situation. Davis will be there to help ease his transition to the NFL. According to Davis, the Saints made him feel “really comfortable” when he was in Warren’s shoes in 2012.

“This is a real good organization from the top man on down,” Davis said. “The owner, the coaching staff, they do a real good job of making a lot of guys feel like family. I think Pierre will fit right in with the defensive scheme that we run.”

The duo combined for 65 tackles, five interceptions, and three fumble recoveries in 2011. If they are able to recapture some of their chemistry, Saints’ quarterbacks could be in for a surprise when training camp opens in summer.

“I’m real excited for this chance to play at the next level,” Warren said. “I think it’s going to be good playing with A.J. again. We had a good season  together before so hopefully we keep that going.”